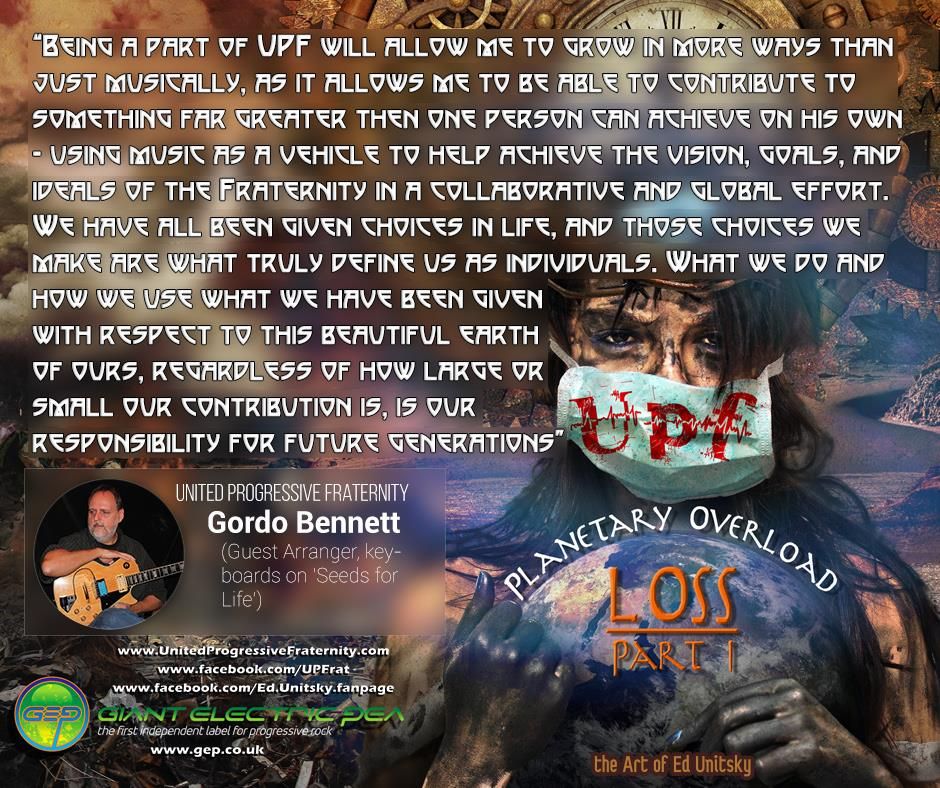 I've written a track for United Progressive Fraternity entitled 'Seeds for Life' that has some absolutely stellar artists playing on it including Steve Hackett, Nick Magnus, Dan Mash, Steve Unruh, and Mark Trueack! The Album 'Planetary Overload' is a 2 album set which includes some of the greatest talent on planet earth. 'Part - 1 Loss' was released on April 19, 2019 and can be purchased from G.E.P. Records.  'Part 2 - Hope' which I have written new material for is in production now and will have more incredible talent on it as well. Release date to be announced. Keep your eyes open for this one!